The Secret You: Horizon BBC2 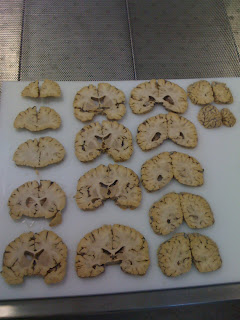 Horizon: THE SECRET YOU

With the help of a hammer wielding scientist, Jennifer Aniston and a general anaesthetic Prof Marcus de Sautoy leaves the certainty of numbers behind and goes in search of answers to one of science’s greatest mysteries: how do we know who we are? It’s a simple question, but one science finds difficult to answer. The feelings and thoughts that make us ‘us’ and make us self aware are easy to experience. But the brain processes that give rise to them are difficult to explain and understanding them is one of the great challenges faced by scientists.

To find out what progress they are making Marcus becomes a human guinea-pig in a series of mind probing experiments. He begins by asking when our self awareness emerges and witnesses a cunning test that convincingly reveals a child’s sense of self before they are even capable of talking about what they are feeling. The experiment begs a question: are we alone in the world in being aware of ourselves? He meets Professor Gordon Gallup, a pioneer of animal psychology to find out.

But to find out how we become self aware, Marcus needs to delve into the inner machinations of the human brain. He starts of by witnessing a brain dissection, but not before he has the sobering experience of holding a human brain in his hands.

Seeing the dissected brain, he wonders when our consciousness disappears and whether answering this question might explain who he is. So Marcus volunteers for a cutting edge medical experiment that will rob him of his sense of self. At the University of Cambridge Wolfson Brain Imaging Centre he undergoes anaesthesia while having his brain scanned. He begins to home in on the areas of the brain that make him who he is.

Marcus’ work as a lab-rat continues in Sweden’s Karolinska Institute. Thanks to an ingenious set of spectacles, Marcus is subjected to a disorientating out of body experience, which serves to illustrate how a sense of self is a trick of the mind.

Marcus’s journey continues to America where he meets Professor Christof Koch of the California Institute of Technolgy. Christof is looking for evidence of consciousness in one of the smallest units of the brain: the individual neuron. He has made some surprising discoveries, helped by celebrities Jennifer Anniston and Halle Berry.

By the time Marcus reaches the University of Wisconsin he is getting closer to an answer to his question. He takes part in an un-nerving experiment featuring transcranial magnetic stimulation – the rapid discharge of electric shocks to a specific region of the brain. Measuring how these shocks travel through the brain’s labyrinthine connections when volunteers are awake and asleep has allowed scientists to demonstrate how the interconnectivity of the brain gives rise to consciousness.

The last experiment Marcus takes part in is perhaps the most perturbing. Keen to find out how taking a choice might reveal the secrets of his inner self, Marcus wants to discover the provenance of his decisions. He takes part in a simple experiment overseen by Professor John-Dylan Haynes at the Bernstein Centre for Computational Neuroscience in Berlin. Marcus is shocked to learn that by studying his unconscious brain Professor Haynes is able to accurately predict Marcus’ decisions and that it is his unconscious brain that presides over his conscious mind.

Marcus concludes the film with a fuller understanding of the state of brain science, but also a sense of how much remains to be revealed. To help the process on its way he commits to one final experiment – one that will take place after his death – and bequeaths his brain to science.

Bonus feature: Hole in the hand

Also check out an article on BBC News Online
Posted by Marcus du Sautoy at 12:05 No comments: 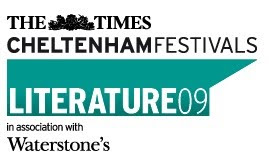 I will be appearing at the Times Cheltenham Literature Festival on Friday 16 October 2009 at 10:00 am at the Town Hall talking about Finding Moonshine.
Book online.
Posted by Marcus du Sautoy at 07:28 No comments: 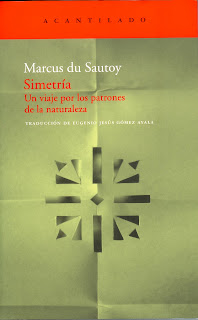 The Spanish edition of Finding Moonshine was published this week by Acantilado.
I was in Spain this week promoting the book. I gave a talk in Madrid at the prestigious Residencia de Estudiantes, home to Dali, Lorca and Bunuel. Other people who have lectured there include Albert Einstein, Paul Valéry, Marie Curie, Igor Stravinsky, John M. Keynes, Alexander Calder, Walter Gropius, Henri Bergson and Le Corbusier.
I also gave a talk in Barcelona at the CosmaCaixa museum. It is a fantastic science museum and I thoroughly recommend it to anyone visiting Barcelona.

Here are some reviews that have appeared in Spain: