Story of Maths on BBC World 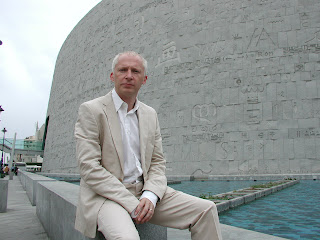 Our journey round the world to uncover the story of Maths is appropriately going to be shown on BBC World throughout January. The programmes originally broadcast on BBC4 in October and were available on BBC iPlayer but those outside the UK were unable to catch the series. Now is your chance.

If that isn't possible then the series is also available on DVD from the Open University although I'm afraid it is a little pricey which is a shame.

Exciting news: the BBC has chosen The Story of Maths as one of its entries for the Royal Television Awards in Science and History.